The book of Genesis describes God's perfect and complete creation in the beginning. The first people, Adam and Eve, sinned, and now all people are separated from God by sin. Genesis tells about God's judgement on sin in the account of Noah and the Flood. In spite of the world's continued wickedness, God called Abraham and promised that all nations would be blessed through hum. This blessing would come through the promised Messiah - a descendant of Abraham.
Bible Readings
Adam and Eve (Genesis 2:10 - 3:24) Reading
God made the first human to live in the garden of Eden. God asked the human to follow some rules, "Take care of this land. Eat from any tree in the garden, but you can't eat from the Tree of Good and Evil."
God noticed that the human was lonely in the garden. God said, "It's not good for the human to be alone. I will make a partner for him." God made all of the wild animals and all of the birds, and brought them to the human to name. The human named all of the animals, but none of the animals were a perfect fit for the human.
So God put the human to sleep. Then God made a woman. The human was excited and said, "This one is a perfect partner! She will be called a woman."
In the garden of Eden there lived a terrible snake. The snake told the woman, Eat some fruit from the Tree of Good and Evil." She said, "No, Snake. God said, 'Do not eat that special fruit'." But the snake talked her into eating the special fruit. The woman took a bite and gave some to the man. When God found out they had eaten the fruit, God said, "Look at what you have done! Now that you both have eaten my special fruit, life will be harder than it has been." Then God made Adam and Eve leave the garden of Eden.

*Taken from Deep Blue Bible Storybook
Jacob and Esau (Genesis 25:19 - 28) Reading
Isaac and Rebekah were getting older, and they wanted to have a family. They prayed to God for a baby. Rebekah became pregnant with twin boys! Their names were Esau and Jacob. They were born on the same day, but they were very different. Esau was born first. He had red hair on his head and arms. Jacob was born second. He had dark hair. Jacob and Esau liked different things. Esau liked to be outdoors. He liked to hunt, fish, and watch the animals play. Esau enjoyed spending time with Isaac. Jacob liked being inside the tent where his family was. He liked to cook, and made a delicious lentil stew. Jacob enjoyed spending. time with Rebekah. One day Esau returned home from hunting. Jacob was making lentil stew, and Esau was very hungry. "Can I have some lentil stew and some bread, please, Jacob?" Esau asked. "Sure, if you trade me your birthright for some stew," Jacob said. Esau thought about this. His birthright made him the leader of their family when they became grownups. That was several years away. He was hungry now. Did he really need to be the leader and get all of the family's valuables? "You have a trade, said Esau. "one bowl of stew, coming right up!" said Jacob. Jacob was excited. He really wanted to be in charge of their family.

Materials:
Adult Preparation:
Instructions:
Song
This song is 1:10 minutes long
Tips for Adults
The authors of Genesis sought to answer the question, "Where did we come from?" The Book of Genesis tells us about the amazing beginning of the world. God created the earth, sky, and everything in the world. God made human beings to enjoy and to take care of the world. This book also explains the beginning of God's people, the Israelites.

Overview of Genesis
Genesis tells us that our world began with God's wind sweeping over the waters. God spoke and then our world existed - the sun and the stars, the plants, the animals, and the people. God told the first man and woman to care for everything God made, including the beautiful garden in Eden. God created Adam and Eve to be partners, to have good relationships with God and each other.
This book tells a story of God's story of God's amazing creation but also explains the disaster of human sin. Adam and Eve did't follow God's command. God sent a giant flood, but saved Noah in an ark that floated on the rising waters. Then God made promises to Abraham and his children as the first of God's new people. God sent this faith-filled follower on a daring journey from the distant city of Ur to Canaan, the land that is now Israel.
Genesis also tells the story of Joseph, a boastful young man who was sold as a slave by his brothers. God made Joseph a leader in Egypt and then his family from famine. In the end, Joseph and his brothers became friends again.
Genesis says that God created the world - and the stories show why. God wants to be conneced with all people - including you!
This video is 7:42 minutes long.
Scripture Reading
When the World Started Over Again (Genesis 6-9) Reading
Almost everyone on earth has a story about a time when the world almost ended. Most of these stories are about a huge flood, the hugest flood ever. The people who tell these stories put all their little fears into a story about one great big fear: the end of the world. Here's the Bible story about how the world almost ended and how the world almost ended and how it began again after a huge and terrible flood.

It rained for days and days. The water rose and rose until it covered everything. Every living thing died - almost. Just one person, Noah, built a boat, a boat so big that there was room for his whole family. Actually, Noah built his boat even bigger than that. He built it so big he could bring  a family of every animal along too: dogs and cats, elephants and ants, lions and tigers. Noah even brought spiders and snakes on board. And everyone got along just fine. They were all safe for now.

The big boat floated on the big flood. It seemed like forever for all the families on the boat. Then one day, the sun came out. The clouds disappeared, and the rain stopped. Noah's huge boat came to a rest on dry land. Noah opened the windows. When he saw that it was safe, he opened the door. Everyone went bounding out into the new world, running and jumping and scampering in all directions. They found new homes and started new families. They made new lives for themselves.

Then God told them all, "Don't be afraid that the world will end. Don't worry that this will ever happen again. I'm going to make a promise to all of you, to the whole world and to everyone who lives in it. I will keep you safe."

God said, "Just to remind you of my promise to keep you safe, I'll make the rainbow. When it rains, don't be afraid. Just for the rainbow."

Then God came up with a new plan for them.

So Abraham and Sarah started all over in their new country, just like many immigrants do today. They had a new place to live. They had new names, They had a new family. And, before too long, they began to feel at home.

*Taken from Growing in God's Love: A Story Bible by Elizabeth Caldwell
How the Twins Were Born (Genesis 25:19-28) Reading
Do you know any twins? DO they look a lot alike or are they quite different? This story is about twins who look very different.

This story starts when Jacob and Esau were zero years old. They weren't even born yet!

Sometimes, before babies are born, they move around inside their mothers. Their mothers can feel them move. Rebekah did.

Rebekah said, "Wow. Things are busy in there. I think I've got two babies, not just one. It feels like they're wrestling with each other inside of me right now. I wonder if they'll always wrestle with each other."

Jacob was born second. He stuck out his arm right after Esau was born, like he was still wrestling with Esau. So they called him Jacob, because Jacob was their word for "wrestling."

Esau and Jacob were a lot alike. They were born at the same time. They played together. They grew up in the same family.

But they were also very different. Esau loved getting outside. He liked the outdoors. He liked hiking. He liked hunting and fishing. He brought fish he caught and animals he hunted home to his father, Isaac. Isaac liked Esau a lot.

Jacob liked staying inside. If they had books and smart phones, which they didn't, he would've read those all day. He made things at home, and he helped his mother cook. Rebekah liked Jacob a lot.

Once, when they got older, something big happened that made them really, really mad at each other. 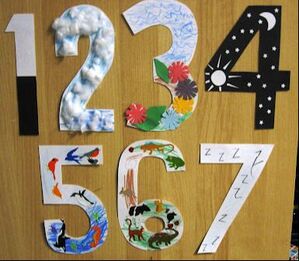 As many of you know, PCPC is reading through the Bible as a congregation this year! Over the course of 12 months, we will read each book of the Old and New Testament and gain a better understanding of God’s continuing relationship with humanity. I've attached a PDF of a pamphlet that explains everything and includes a reading list. These pamphlets are being mailed out and should arrive in homes soon, there will be copies at the church too. We are reading Genesis 1-25 and Psalms 1-3 for this week.

Additionally, each Sunday there will be a class addressing the reading for that week. The classes will engage the particular Bible book for that week, paying specific attention to a theme or topic. A list of January's classes are below. These classes are hybrid and will meet each Sunday, in-person (EM307/308) and on Zoom, at 10:05am. The Zoom link is at the bottom of this email and is the same for each week.

This Sunday, Rev. Chuck Jones will be teaching "Abraham and the Founding of Islam" on Genesis 1-25. I will send a reminder email on Sunday as well.

January Classes:
If you have any questions, let me know!

Topic: Gathering Together Around God's Word | Sunday Class
Time: Every Sunday 10:00 AM Eastern Time (US and Canada)

Meeting ID: 899 0078 7541
Passcode: 328476
The authors of Genesis sought to answer the question, "Where did we come from?" The Book of Genesis tells us about the amazing beginning of the world. God created the earth, sky, and everything in the world. God made human beings to enjoy and to take care of the world. This book also explains the beginning of God's people, the Israelites.
Genesis 1 - Handout
This video is 59:32 minutes long